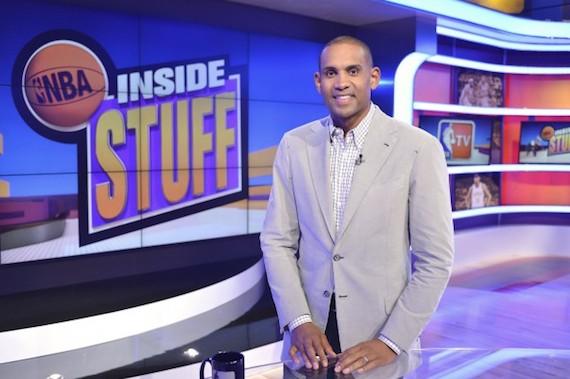 Grant Hill was once ashamed of the 12-inch scar along his left arm, the remnants of a strip of flesh that had to be removed to graft together the skin around his surgically repaired left ankle. It signified so many “woulda, coulda, shouldas” for a career in which his prime years were decimated by injuries. He wanted it covered so that others wouldn’t ask questions about the staph infection that nearly cost him his life and his arduous fight to keep playing basketball.

Having retired from basketball nearly six months ago, the former standout from South Lakes High in Reston has had some time to reflect on his 19-year NBA career and incredible four-year run in college. Hill now believes that the scar, which came as a result of his darkest moment in the NBA, represents his greatest triumph.

“More so than the championships at Duke, the Olympics, the all-stars, the Fila shoes, or whatever else, I think it’s the overcoming and coming back that — I don’t know if it’s legacy or whatever — but I think to people that’s the narrative, that’s the story,” Hill said. “I’m proud of having gone through it. Now looking back at it through a different perspective, it was probably foolish. I probably should’ve hung it up 10 years ago. But I am a little stubborn.”

Hill’s determination and perseverance helped him come back from five ankle surgeries to make another all-star team in 2004-05, after he had missed most of the previous four seasons. He also remade himself at the back end of his career, becoming a defensive stopper and a surprisingly durable player until his body broke down again. Once last season ended, Hill didn’t need much time to think about what was next. He was done.

“I got to the point where I just knew that, okay, it was time to move on, time to do something different. And I had not felt that way at any other point prior,” Hill said. “I think every player, you have to have a fight in you. And I think certainly, when you’re battling or struggling back from injuries or adversities, that certainly is magnified. I got tired of fighting that fight.”

Hill continued: “Certainly, I exhausted my career in terms of playing, so there will be no regrets there. I’m looking for new fights, new challenges.”

Hill, 41, is penning the next chapter of his life, which includes being a partner in a private investment firm, doing some public speaking and staying close to basketball as a broadcaster with Turner Sports. He will be most visible as the co-host for the reboot of “NBA Inside Stuff,” which airs Saturdays on NBA TV. Hill grew up watching the show and he was featured several times on the program as one of the many “main men” of former host, Ahmad Rashad.

“I’m fired up and excited. One of the sort of neat ways you stay around the game and tell the stories of the best basketball players in the world. It’s quite an honor to do so,” Hill said of his latest endeavor. “Ahmad really put his stamp on the show and made the show hugely successful. Those are giant shoes to fill. I know a thing or two about coming after greatness, being called ‘The Next’ or whatever.”