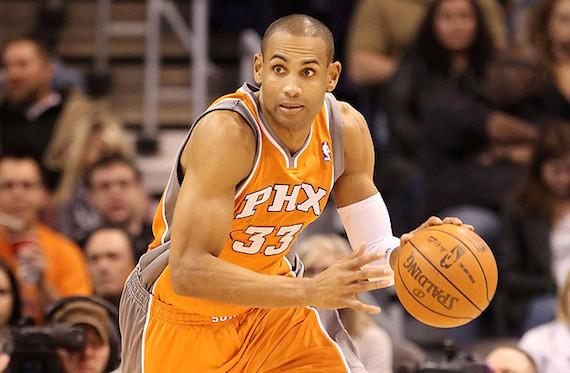 Grant Hill reflects on leaving basketball behind, looking toward future

By Grant Hill, Special to SI.com

SI.com is taking a look at the lives of some of sports' most notable former players across the NBA, NFL and MLB. From weighing in on life in retirement to providing their analysis on today's crop of stars, these athletes share their thoughts.

In October 2012, I began my 19th NBA season. I felt then it could be my last. The emotional and physical investment required to play at an elite level, especially when you have played for many years, is hard to describe. However, I was comfortable in the routine of what I had done for an entire career. The rhythms of the season are comforting and I still anticipated them with excitement. The idea of changing those rhythms and not playing one day, was not attractive. After six wonderful years in Detroit, followed by seven years, five surgeries and rehab and reward in Orlando, I found a comfort zone in Phoenix. I left Phoenix for a crack at a championship with the Clippers. But going into that year, I felt it could be my last. My attitude and mindset were positive, but the year started with a nagging injury in training camp. I then missed a few months at the start of the season. The thought that this was a sign it was time to end this chapter of my life started to creep into my mind but I quickly repressed it. I was motivated to get back, to contribute to what was a well-constructed team, and to make a contribution to the success of the L.A. Clippers.

The season did not end in a championship but at its conclusion, I knew it was time. I had peace of mind. I had taken in the highs and lows of that season and I had appreciated every minute. The constant fire in the belly was extinguished. The hunger, the mental and physical fortitude necessary to maintain the edge to compete was gone. I was able to announce my retirement on TNT, surrounded by my contemporaries and friends who themselves had once faced that day. I was done. And, I was excited. I was looking forward to my next phase.

I knew I could look in the mirror and be proud that I did the best I could as a professional athlete.

Like most pro athletes, I have more than one dimension that defines me. For a long time I cast aside many things I wanted to do to concentrate on my career. Now, the difficulty I am having is trying to pace myself so that I'm not doing everything at once. For 13 years, I have had a successful real estate investment business. Two years ago, along with my partners, we started Penta Mezzanine Fund, a private investment firm in Orlando providing $2-$15 million customized growth capital solutions to profitable, lower-middle-market companies nationwide. Every day I am in town, I am in our office reviewing deals with my partners and our very talented analysts. Co-hosting Inside Stuff on NBATV and working occasionally as a studio analyst on NBATV and TNT is a thrill. I am able to stay in and around the game while sharing my perspective and insights on the players, the game itself and other issues surrounding our sport. For the second time in my professional life, I am a rookie surrounded by broadcasting veterans who are also friends and contemporaries. Steve Smith, Shaq, CWebb, Dennis Scott, Brent Barry were teammates or opponents during my playing days. Charles, Kenny, Steve Kerr, Reggie Miller and many others were models for my own career as an athlete ... and now as a broadcaster. Ahmad Rashad is the perfect example of an athlete who made a successful and impactful transition from pro football to another career. A contemporary and friend of my dad in the NFL, he set the standard for sports hosting in his role at Inside Stuff. It is an intimidating privilege and honor to follow in his footsteps.

Ahmad is one of many former professional athletes whom I have met and who have transitioned into a role outside their sport. Roger Staubach, Heisman winner at Navy and star QB of the Dallas Cowboys, started, built and sustained his real estate consulting business for more than 25 years. Junior Bridgeman, standout veteran of the NBA, is one of the largest franchise owners in the Wendy's system. Jamal Mashburn and I competed head-to-head in college and in the NBA. Today he is an owner of numerous car dealerships as well as quick service restaurants. Dave Bing, one of the 50 greatest NBA players, former Piston, founder of Bing Steel and present Mayor of Detroit, sets a standard that every player should aspire to match. There are many others, many of whom I want to meet to seek their advice for my future.

I advise today's athletes to start preparing for their retirement while they are playing. There's a lot of life and living after retirement. I haven't figured it all out yet. Today's players should take advantage of the platform of their sport, of the doors opened by your pro career. When the end comes, it comes abruptly. Tap into the relationships you have developed through your career. Tap into your alumni association of your college. You are an alumnus, regardless of your length of time in college. If you want to coach, talk to coaches in the league about your interests and seek their advice.

In addition to my duties in broadcasting, private equity and real estate, I serve on the Board of the Orlando Museum of Art; I am co-chair of the Duke Class of 1994's 20th reunion; I serve on President Obama's Council on Physical Fitness, Sports and Nutrition; I am considering another tour of our personal collection of African American art; and I give speeches to business audiences about the lessons of sports that translate to the business world.

Without the routines and rhythms of the NBA, I find there is no "typical" day in my life. Most weekdays, I carpool my kids to and from school, try to enforce the no eating rule in the back seat, return to school for my daughter's basketball practice three times a week, referee arguments, help with homework and participate more fully in my family's day-to-day life. By far, that is the most rewarding and most difficult job I have.