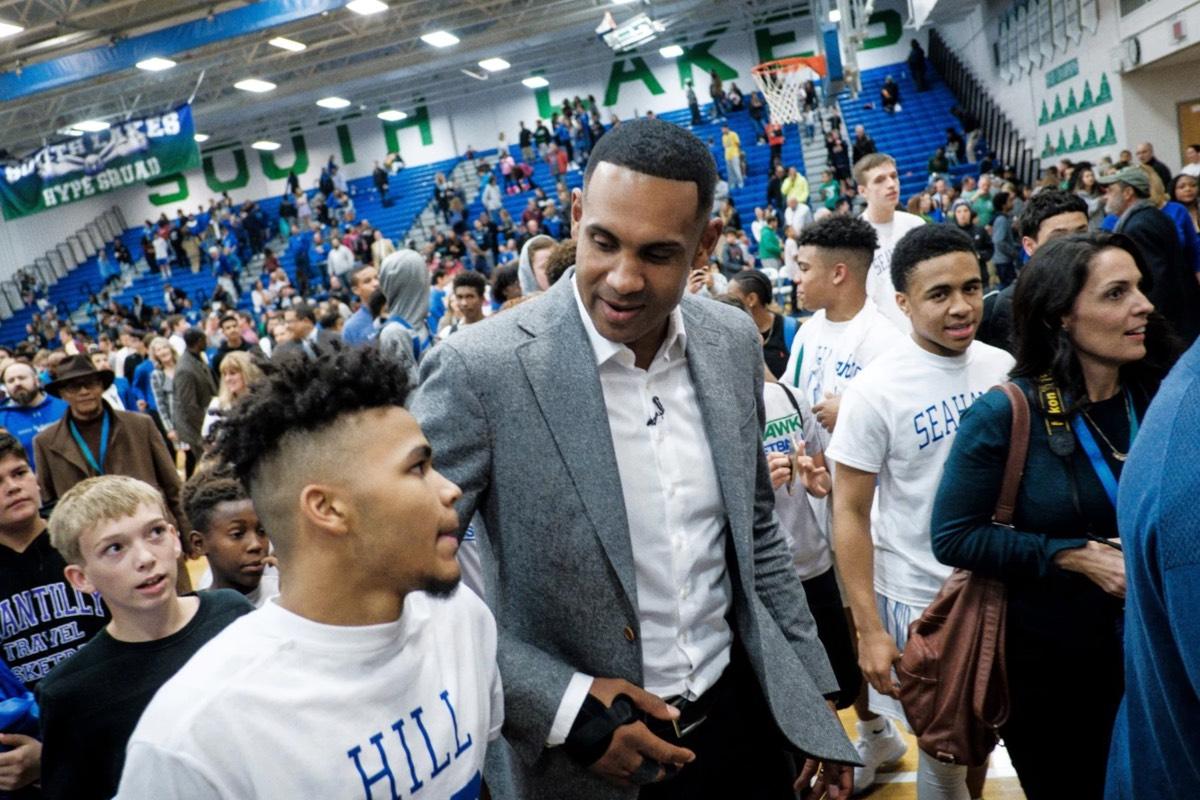 Grant has his jersey retired at South Lakes High School

As a 6-foot-2 eighth grader, Grant Hill naturally stood out. Still, on Fridays during basketball season, he wore a tie to Langston Hughes Middle School in Reston, Va. He was imitating the team at nearby South Lakes High, which had instituted the dress code on game days.

After school on Fridays, Hill sat behind the Seahawks bench to hand out water during freshman, junior varsity and varsity games. He would have done it on Tuesdays as well, but his mother did not allow it on school nights.

Inside Stuff was there with Grant when he visited his high school in Reston, VA for this ceremony.