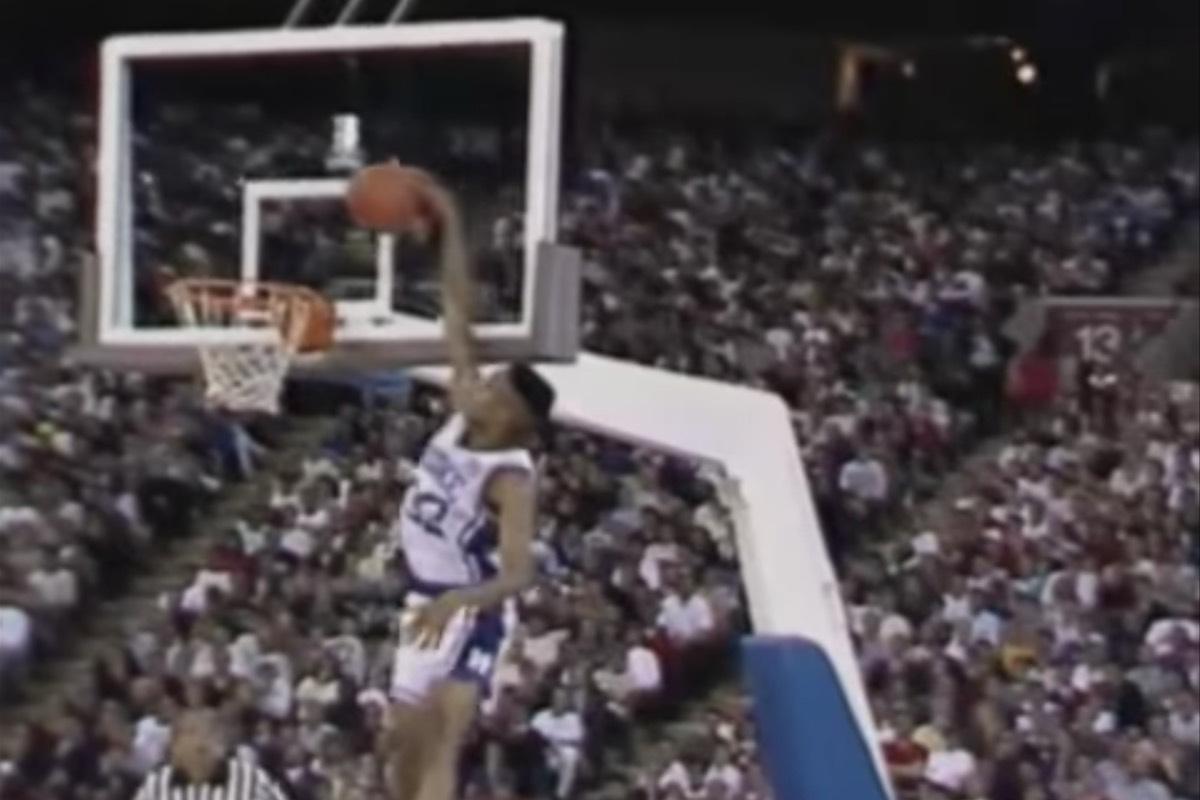 Grant named one of the best dunkers in Duke basketball history

Grant Hill had quite a collection of impressive dunks during his four years as a Blue Devil, including his unbelievable alley oop during the 1991 national championship game against Kansas that helped send the message that Duke had arrived as a premier program. I’d make the case that Hill is the most versatile player in Duke history, playing every position on the floor at various points during his college career. The alley oop is the signature play, but let’s not forget the time he also dunked on Tim Duncan on the road at Wake Forest.