Now the seven-time NBA All-Star faces a challenge to help make that happen.

Hill was introduced as vice chair of the Hawks on Thursday, one day after the franchise and arena rights were purchased for $850 million. Hill has a stake in the new ownership group, led by billionaire Tony Ressler, which hopes to make the Hawks a consistent winner.

The Hawks are coming off a franchise-best season, winning 60 games and advancing to the Eastern Conference finals for the first time. In their first 46 years in Atlanta, the Hawks won just four division titles and had only a handful of memorable playoff runs.

They were rarely bad enough to earn a lottery draft pick and never good enough to win a championship.

"I've always felt there's tremendous upside for this franchise and a tremendous opportunity to really resonate with the community and the fan base here," Hill said. "I think that's starting to happen, and our job is continue to support these guys as they continue to lead this team in the future." 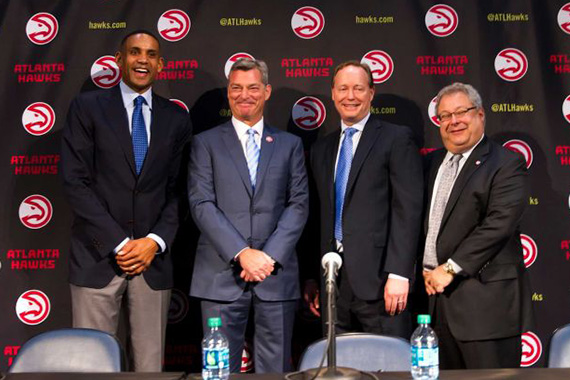 Ressler said he and the new owners plan to let the basketball and management staffs do their jobs without interference, adding that the team has a handshake agreement on a new contract with coach Mike Budenholzer to become president of basketball operations.

Wes Wilcox will sign a new contract in a promotion to general manager.

Saying that Atlanta is "truly the capitol of? the Southeastern portion of the United States," Ressler promised to focus on the business side as Budenholzer handles the roster and CEO Steve Koonin, now in his second year with the franchise, handles daily operations.

"Having Steve and Bud lead the charge is one of the great assets we think we're buying in this franchise," Ressler said.

Ressler and his partners replace the Atlanta Spirit ownership group that was forced to sell after majority owner Bruce Levenson and general manager Danny Ferry made embarrassing remarks about minorities last year.

Ressler, the principal owner, said he personally has "approximately 50 percent" of a stake in the franchise, declining to acknowledge an exact amount.

Budenholzer and Wilcox have replaced Ferry, who built the 60-win team and was on paid leave throughout last season. 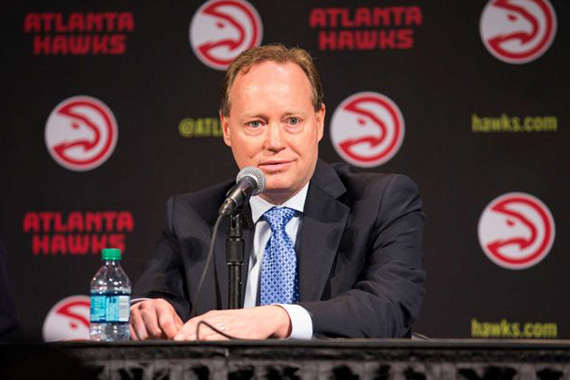 Budenholzer, who ran the team in his absence, will have the final say on all personnel matters, though he insisted "everything's been collaborative" since Ferry hired him away as a San Antonio assistant on May 28, 2013.

He had little time to talk with the NBA draft under way Thursday night.

"Tonight will be another opportunity to make more good decisions with Wes and our entire scouting group," Budenholzer said. "We'll make a decision collaboratively that hopefully will let us continue to build and move forward."

Budenholzer is still trying to determine if the Hawks will try to keep both forward Paul Millsap and guard DeMarre Carroll. NBA teams can begin negotiating with free agents on July 1, and the Hawks hope to add another big name or two if necessary.

The other three Atlanta starters - center Al Horford, point guard Jeff Teague and shooting guard Kyle Korver - are under contract.
Hill is confident that the Hawks will put together a solid nucleus no matter how the roster is constructed.

"I think regardless of where things were - there were some tough years and some lean years - I think the momentum that coach Bud and Steve have generated this last year is really impressive," Hill said.