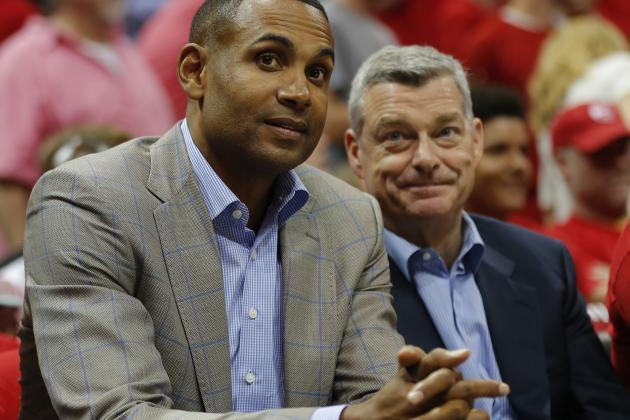 The NBA unanimously approved the sale of the Atlanta Hawks to a group led by billionaire Tony Ressler and former All-Star Grant Hill at its board of governors meeting Wednesday.

“We are pleased that the NBA’s Board of Governors has approved the purchase of the Atlanta Hawks by principal owner Tony Ressler,” NBA commissioner Adam Silver said in a statement. “Tony and his diverse and experienced ownership group will bring tremendous energy and passion to the Hawks and the team and its fans will greatly benefit from their commitment to the Atlanta community.”

Ressler's group announced the $850 million purchase in April. The Hawks were put up for sale after racially charged emails sent by controlling owner Bruce Levenson were self-reported as part of an internal investigation. In the email, Levenson made a number of suggestions designed to make the team's white fanbase more comfortable, many of which painted "black" activities and music in a negative light.

A finalist when Donald Sterling's racial comments forced the sale of the Los Angeles Clippers last year, Ressler's group was aggressive in ensuring he'd purchase the Hawks. One of the major plays was recruiting Hill, a well-liked former player who will likely be a national face of the ownership group.

The Hawks earned the No. 1 seed in the Eastern Conference and were a conference finalist in 2014-15 despite ongoing uncertainty about their ownership situation. Wednesday will mark a historic day for the franchise moving forward, with the team unveiling new uniforms earlier in the day before the announcement.

Atlanta will hope the stability and new look will keep the forward momentum heading into next season.