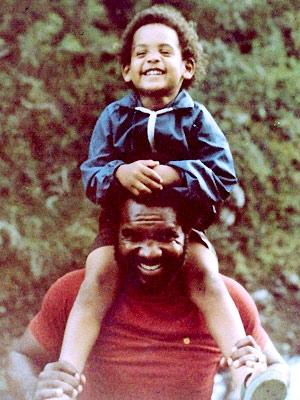 Growing up, Grant Hill’s father told him not to fear failure, but to fear success.

Grant’s father, Calvin, was an All-Pro football player with the Dallas Cowboys, playing 12 seasons in the NFL after graduating from Yale. Following in his father’s footsteps and into a career as a professional athlete, Grant has also tried to mirror the values his father imparted to him as a child.

“You try to do what you saw, and I was lucky enough to have a great example and a great role model,” Grant said. “As a parent, I try to do the things that he did with me and pass it along to my own children.”

Now, Grant’s daughters, Myla (nine years old) and Lael (four years old), are witnessing their father excel through his 17-year NBA career. And like Grant, they witness a person who is committed to his career, as well as his morals and values.

“You pick up on those things and you see those things not only apply in sports, but in life,” Grant said. “It applies in school work, with friends, philanthropy, whatever you value. Hard work equals success and that’s something that I’ve learned from both my parents, but it was one of the many things that I learned from my dad.”

Grant, who is a seven-time NBA All-Star, and his Grammy-nominated wife, Tamia, are more than likely to pass along their talents to their offspring. However, neither parent is putting any pressure on their daughters to pursue a career in sports or entertainment.

“Whatever they choose to do, as parents, we’ll support them and be their biggest cheerleaders and fans. We don’t want to put pressure on them to feel like they have to do either one of those to feel validated.”

However, growing up with a famous father shaped Grant’s perspective on becoming a world-renowned figure. Being around the professional sports world his entire life gave him examples to follow, as well as a model of how to deal with public success and failure.

In addition, Grant saw that his father’s career reached its conclusion after 12 years, whereas other fathers worked for a lifetime, which gave him unique insight into the life of an athlete.

“You know that it doesn’t last forever,” he said. “You know it’s a short part of your life and small part of what defines you.”

Knowing that fame is fleeting, but that character is permanent, has taught Grant to focus on the latter. It was his father’s primary lesson to him and one he will continue to pass along to his daughters.

“More people blow it when they get successful,” Grant said. “The main thing is to go forward, keep your morals, keep your values, treat people with respect and work hard. If you do that, then things will be ok.”

Whether the Hill daughters pursue a career that lands them in the limelight or not, one thing is for sure, their father and their grandfather will ensure that their success will be defined in a different way.